What is the function of the retina? 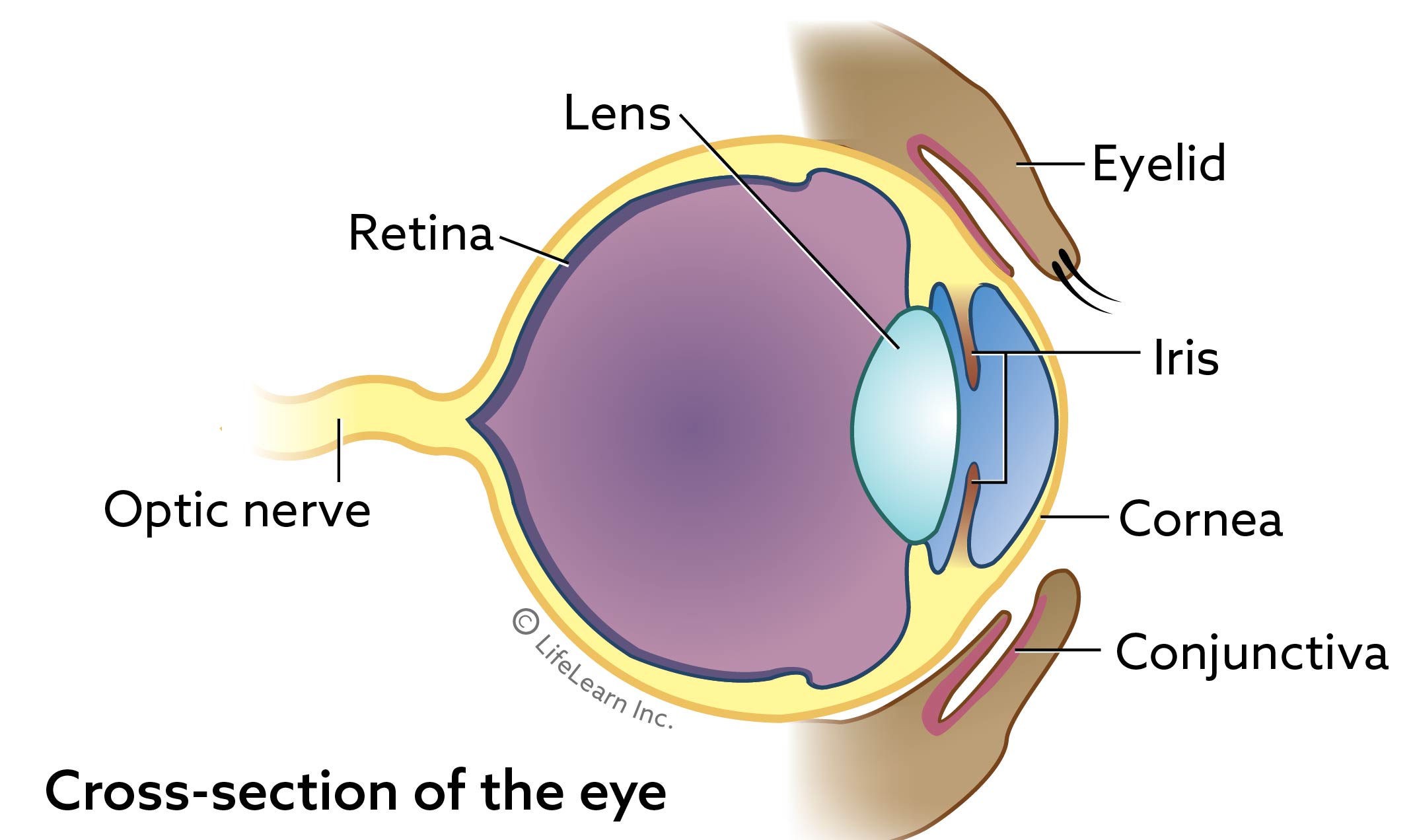 The retina is a light sensitive layer of cells at the back of the eye that contains cells called photoreceptors. When light enters the eyes, it is focused by the lens onto the retina, where it is converted into electrical signals that are sent to the brain for processing and interpretation.

What is progressive retinal atrophy?

Atrophy means the partial or complete wasting of a body part. Progressive retinal atrophy (PRA), is a group of degenerative diseases that affect these photoreceptor cells. With this disease, the cells deteriorate over time, eventually leading to blindness in the affected animal.

Are there different forms of PRA?

There are two main forms of PRA recognized in animals, an early onset or inherited form, also called retinal dysplasia, which is typically diagnosed in puppies and kittens around 2-3 months of age, and a late onset form that is detected in adult dogs usually between the ages of 3-9 years and in adult cats between the ages of two and five years old.

How does it happen?

With retinal dysplasia, the photoreceptor cells of the retina develop abnormally, leading to an early onset of blindness. Usually, both the rods and the cones are affected.

With late onset PRA, the cells of the retina develop normally, but over time, the cells begin to deteriorate.

In the majority of cases, the rod cells degenerate first causing night vision to be affected before daytime vision, but eventually the cone cells also degenerate, leading to complete blindness.

Are any breeds of dogs more likely to get PRA?

In general, PRA is an inherited disease that occurs in many breeds of dogs and also occurs in mixed breeds. In the majority of dogs, it appears to be inherited in an ‘autosomal recessive’ pattern, meaning that the affected dog must have inherited the defective gene from both parents. The breeds commonly affected include Bedlington Terriers, Cavalier King Charles Spaniels, Labrador and Golden Retrievers, Rottweilers, American Cocker Spaniels, and English Springer Spaniels. However, in some breeds, such as Old English Mastiffs and Bullmastiffs, it appears to be a dominant gene (meaning that a dog only needs to inherit one copy of the defective gene to be affected by the disease), while in the Siberian Husky and the Samoyed it appears to be sex-linked and found mainly in male dogs.

Dogs that develop PRA should not be used for breeding. Since the disease is heritable, when a dog develops PRA, its parents and siblings should also be removed from breeding programs, even if they do not show any signs of the abnormality. The rationale for removing related dogs from breeding programs is that the typical inheritance pattern is recessive, meaning that affected dogs must have inherited the defective gene from both parents – unaffected siblings and parents are carriers of the defective gene, but will have also inherited a normal gene, so will not ‘express’ the abnormality. With selective breeding, PRA has the potential to become increasingly less common. Some genetic testing is available through various companies and may involve a cheek swab or blood samples. Additionally, certified eye exams performed by a board certified veterinary ophthalmologist can be done to help detect early signs and remove affected dogs from the breeding pool.

Are any breeds of cats more likely to get PRA? 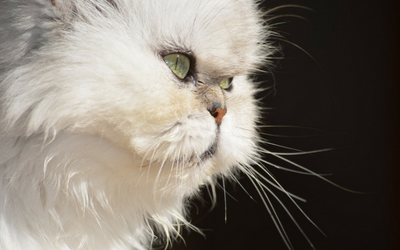 Currently the only breeds in which this disease has been shown to occur as an inherited condition are the Abyssinian and Persian cats. In Abyssinian cats, retinal dysplasia has been recognized with a dominant inheritance, while late onset PRA appears to be inherited in an ‘autosomal recessive’ pattern, meaning that the affected cat must have inherited the defective gene from both parents. In Persian cats, a recessive inheritance pattern has been confirmed but the specific gene has not been identified.

Since the disease is heritable in these breeds, when a cat develops PRA, it should be removed from breeding programs. Its parents and siblings should also be removed from breeding programs, even if they do not show any signs of the abnormality. The rationale for removing related cats from breeding programs is that the typical inheritance pattern is recessive, meaning that affected cats must have inherited the defective gene from both parents. Unaffected siblings and parents are carriers of the defective gene, but will have also inherited a normal gene, so they will not ‘express’ or show the abnormality. With selective breeding, PRA has the potential to be eliminated as a heritable condition.

What are the signs of PRA?

PRA is not a painful condition, so it is rarely noticed in its earliest stages of development. The first sign that is usually noticed is night blindness. Affected animals tend to be nervous at night, may be reluctant to go into dark rooms, or may bump into things when the light is dim. Pet owners with animals that are developing PRA often observe that their pet’s eyes have become very reflective when light shines on them, and that the pupils are more dilated than normal. Both eyes are affected. In some cases, the pet owner may not notice anything abnormal when their dog or cat is at home but may gradually notice that their pet has become clumsier when in unfamiliar surroundings. For dogs and cats with the inherited form, the initial sign may only be a loss of day vision or  could be complete blindness.

How does PRA affect my pet?

How fast does PRA develop?

The speed of development depends on the breed and form of disease. In most cases, the dog or cat experiences a complete loss of vision over a period of 1-2 years.

How is PRA diagnosed?

If your pet appears to have vision loss, based on a general ophthalmic examination that shows sluggish pupillary light responses and has dilated pupils, your veterinarian may suspect PRA. In early stages, it may be difficult to observe any obvious changes to the retina, but as the disease progresses, examination of the back of the eye with an ophthalmoscope will show increased reflectivity of a portion of the retina called the ‘tapetum lucidum’, changes in the optic nerve and changes in the retinal blood vessels. Your veterinarian will usually advise a referral to a veterinary ophthalmologist for confirmation of the diagnosis by means of additional sophisticated testing such as an electroretinogram (ERG), and to rule out other causes of blindness. The ERG is sensitive enough to diagnose PRA in dogs even before they begin to show obvious symptoms.

In some areas, genetic screening for inherited PRA may be available. This test may help detect carriers of the disease.

Could the signs my dog is showing be caused by something else?

There is a form of acquired PRA, called sudden acquired retinal degeneration (SARD) that has an unknown cause and is characterized by sudden blindness that occurs within days to weeks. This disease typically affects middle-aged to older animals and is differentiated from inherited PRA because it develops at a later age.

Other causes of slowly developing blindness in dogs include slowly progressive cataracts, glaucoma, uveitis, lens luxation, and optic nerve disease. These diseases tend to be painful.

Could the signs my cat is showing be caused by something else?

Blindness due to retinal degeneration can be caused by taurine deficiency in cats. Taurine is an amino acid that cats require as an essential part of their diet. Taurine is normally present in commercial cat foods and deficiency tends to be a problem in cats that are fed imbalanced homemade diets or dog food.

Other causes of slowly developing blindness in cats include slowly progressive cataracts, glaucoma, uveitis, lens luxation, and optic nerve disease. These diseases tend to be painful. A more sudden blindness can be seen with overdoses of the antibiotic enrofloxacin (brand name Baytril®).

What is the treatment?

There is currently no effective treatment available for PRA. To date, the use of antioxidant supplements or vitamins has not shown any measurable effect on this disease, although these supplements are not harmful to your pet and they may reduce stress on the lens cells and delay cataract formation.  If a condition such as cataracts or retinal detachment has been determined to be the cause of your dog’s blindness, treatment of this underlying cause may prevent further loss of vision.

© Copyright 2019 LifeLearn Inc. Used and/or modified with permission under license